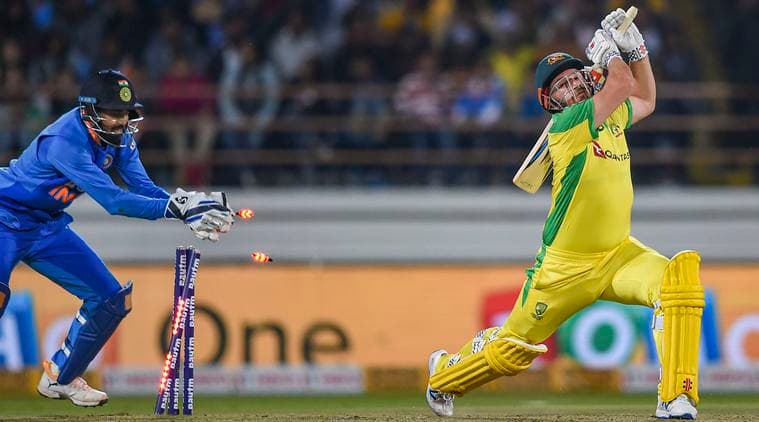 After winning the Australia series 2-1, Indian skipper Virat Kohli said in the post-match press conference Sunday that he will persist with KL Rahul as wicketkeeper-batsman, instead of Rishabh Pant. Kohli said that Rahul provides more balance to the side and compared the scenario when Rahul Dravid kept wickets for India in World Cup 2003.

“It (Rahul’s keeping) definitely allows us to play an extra batsman which strengthens our batting massively. That is a very important factor as far as the team balance is concerned. If you look at the 2003 World Cup when Rahul bhai started keeping, the balance became different because you could play an extra batter and guys at the top could really play positive cricket,” Kohli said.

Rahul played as a wicketkeeper-batsman in the third ODI against Australia despite Rishabh Pant being declared fit after recovering from a concussion suffered in first ODI. Rahul didn’t commit any blunders behind the stumps in Pant’s absence and was named ‘player of the match’ for his quickfire 80 in Rajkot ODI.

“I think lack of clarity in terms of positions has really hurt us in the past. Now that we understand that this feels right, we will go ahead with that for a while and figure out if this is the right thing to do or not. You cannot chip and change immediately and create confusion among the group. It (Rahul’s keeping) definitely allows us to play an extra batsmen which strengthens our batting massively. That is a very important factor as far as the team balance is concerned,” he said, hinting that Rishabh Pant might be on the bench for a while.

Rahul batted at three different positions in three ODIs. He was forced to open alongside Rohit Sharma in the third ODI after Shikhar Dhawan sustained an injury.

“Look, he is very open to playing anywhere because he is a proper batsman and can do you good in any format and any position in the game. He won’t go slam bang from ball one but he can do what he did in Rajkot playing good cricketing shots. So I think a solid game plan and understanding of his game is helping him,” Kohli said, lauding Rahul for his recent performances.

Out on Television tracks evolution of LGBTQ portrayals