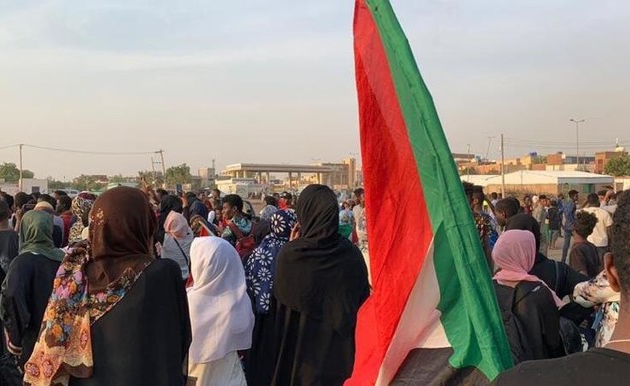 Khartoum — Talks on power sharing between Sudan's Transitional Military Council and the opposition have been postponed after six people were killed in protests.  The deaths occurred in the city of Obbayed.

Talks were stopped at the request of the opposition, which condemned the violence against protesters, who were demonstrating against Sudan's military council.

Opposition leader Kamal Karrar said it's an expected action that the opposition suspended the talks after the Obbayed violence, where school students were killed. He said protesters want the talks to remain on hold indefinitely.

Sudan's ruling military council said no military troops are responsible for killing protesters and blamed the deaths on shadow militias that were part of the former regime that are trying to create chaos and instability.

Political analyst Khalid Alfaki thinks any delay in reaching an agreement on creating a transitional government might affect the security situation in Sudan.

He thinks suspending direct talks between the opposition and Sudan's Transitional Military Council will have a negative impact on the whole political and security situation in Sudan, and it'll give the opposition a reason to delay forming a civilian government.

Demonstrations first erupted in December over the high price of fuel. Protesters continued to call for political change even after former president Omar al-Bashir was ousted by the military.

Bashir ruled Sudan for 30 years before the military toppled him on April 11.

The Transitional Military Council and opposition leaders agreed earlier this month to form a transitional government after three months of violent protests that killed hundreds of pro-democracy demonstrators.

The streets of Khartoum and other cities were flooded with angry protesters and school students Monday and Tuesday, calling for justice and demanding the opposition stop the talks with the Transitional Military Council.

Khalaf said that people are angry and protesting in the streets because the TMC is not committed to the signed political agreement and it is so obvious that the TMC doesn't want to agree because it is still violating citizens' rights and killing protesters.

Sudan's military council and opposition agreed on forming a transitional government to run Sudan until elections, a final agreement had been scheduled to be reached this week before talks on the constitutional draft were suspended on Monday.

Omoyele Sowore, a Nigerian activist and publisher who was arrested on Saturday,...

Neshamba scores a hattrick as Zimbabwe defeat Angola in...

Five goals were scored in the opening match of the 2019 women’s Cosafa Cup as Zimbabwe...

By Melody ChirondaCape Town — South African actors are in shock at the tragic news...

A relatively unknown South African striker is beginning to make waves in Austria....

By Amina Wako and AgenciesFacebook faces a $5 billion fine by the United States...

The accusation comes from a police investigation into the misuse of funds meant...

I wanted Makaringe and Ndlovu at Chiefs but Pirates won...

Biodun Fatoyinbo stepped aside in July after a celebrity photographer accused him...

Busisiwe Mkhwebane is accused of being involved in a dirty tricks campaign against...