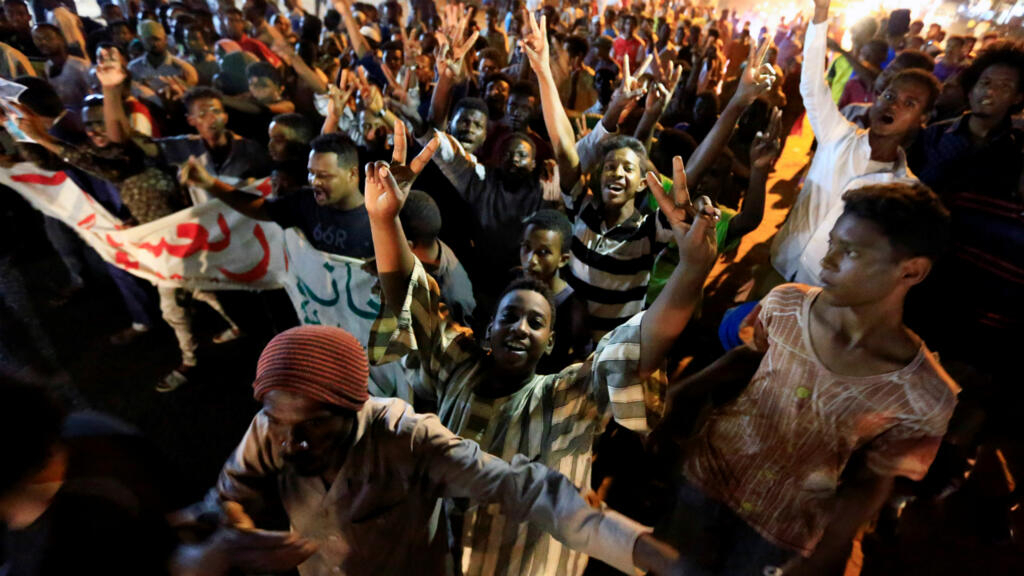 Crowds of protesters were violently dispersed by men in military fatigues in a pre-dawn raid on a protest site outside the army headquarters on June 3, shooting and beating demonstrators who had camped there for weeks demanding a civilian rule.

The protest movement, the Alliance for Freedom and Change, had called for marches across the country on Saturday to mark the 40th day of mourning since the raid that trigged an international outrage.

Chanting "Blood for blood, we won't accept compensations," crowds of protesters marched through the main streets of the Red Sea coastal city of Port Sudan, and central cities of Madani and Al-Obeid, witnesses said.

Many protesters were carrying banners that read: "Justice for Martyrs" while others held photographs of demonstrators killed in the raid.

In the capital itself, witnesses said a march was staged in the Haj Yousef area, but more were expected later in the day.

The June 3 raid had come after talks between protest leaders and military generals, who seized power after the army ousted longtime ruler Omar al-Bashir in April, collapsed over who should head a new governing body -- a civilian or soldier.

The current ruling military council insists it did not order the raid on the sit-in, which according to the protest movement left more than 100 killed and hundreds wounded on that day.

Tension between the two sides had soared after the raid but following intense mediation by African Union and Ethiopian mediators a landmark power sharing deal was reached earlier this month that aims to set up a joint civilian-military governing body.

The new governing body aims to install an overall transitional civilian administration for a period of little over three years.

The agreement stipulates that the new governing body will be presided over by a military nominee for the first 21 months, and the last 18 months by a civilian.

Later on Saturday the protest leaders and generals were scheduled to hold more talks on the finer details of the blueprint, mediators said, before it is formally signed in the coming days.

Ismaila Jammeh, a brother to Yahya Jammeh, an ex-President of The Gambia has admitted...

Maritzburg United have announced a trio of new signings as the club moves to cover...

This Nairobi orphanage cares for elephants whose parents have often been killed...

Some commercial sex workers in Accra who cannot make enough daily sales during their...

Chiefs off to a good start with victory over Highlands...

Kaizer Chiefs edged Highlands Park in an entertaining affair at the Makhulong Stadium....

Friends and family have gathered at the Wanderers in Johannesburg for the funeral...

Serena Williams moved into the Rogers Cup semi-finals on Friday with a maiden career...