Written by Srinath Rao | Nanded | Published: May 30, 2020 2:25:36 am So far, 137 people have tested positive and seven have died in Nanded district. (Representational Photo) The Nanded civic body has ruled out the mass transmission of the coronavirus... 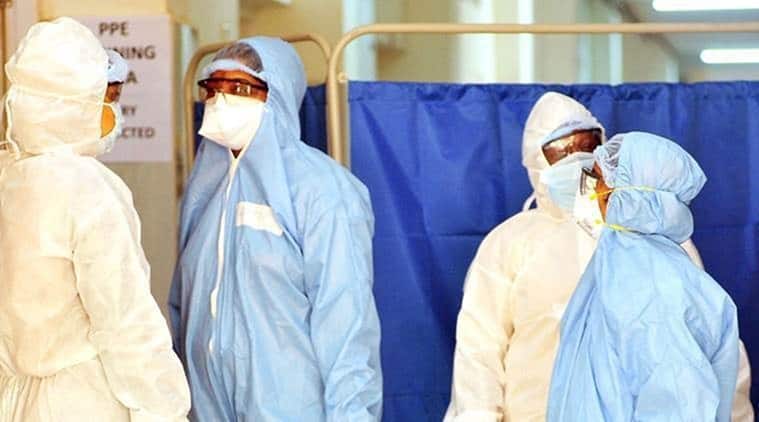 So far, 137 people have tested positive and seven have died in Nanded district. (Representational Photo)

The Nanded civic body has ruled out the mass transmission of the coronavirus disease in the local community after 29 of the over 700 stranded pilgrims and members of the Sikh community working at the town’s two biggest gurudwaras tested positive for the virus this month.

The Nanded Waghala Municipal Corporation (NWMC) had feared the worst after more than 900 of the over 3,700 pilgrims stranded at Nanded’s Langar Sahib and Sachkhand Shri Hazur Sahib gurudwaras due to the coronavirus-induced lockdown had tested positive on returning to Punjab in the last week of April.

“We have tested more than 600 pilgrims and employees at Langar Sahib and another 106 at Sachkhand, so far,” Dr Sureshsingh Bisen, medical health officer of NWMC, said, adding that hundreds of pilgrims from Bihar, Delhi, Himachal Pradesh, Jharkhand, Madhya Pradesh, Uttar Pradesh, Uttarakhand, and West Bengal were still stranded in the town.

“Given the numbers, the rate of transmission (of the disease) was much lower than we had feared,” Bisen said.

The two gurudwaras employ several hundred local residents to cook and serve meals, and clean and maintain its shrines and sprawling premises. There are more than 500 rooms spread across several buildings on and outside the complexes.

Bisen said all the virus-afflicted patients were quarantined at Covid Care Centres in three buildings owned by the gurudwaras.

“Only one patient from among those who tested positive at Langar Sahib is currently admitted, and he, too, will be discharged Saturday,” he added. Those quarantined at the NRI Yatri Nivas, managed by the Sachkhand gurudwara, were also inching towards a full recovery, the medical health officer said.

Eighty per cent of the pilgrims from the other states, stranded at Nanded due to the lockdown, have returned home so far, Bisen said. “Very few locals, who had come in contact with the virus-infected pilgrims, had tested positive and are recovering well,” he said.

So far, 137 people have tested positive and seven have died in Nanded district.

Hercules' Hades And 10 Other Disney Characters Who Stole The Show From The Main...

Delhi: Cases up over past 10 days, so is positivity rate