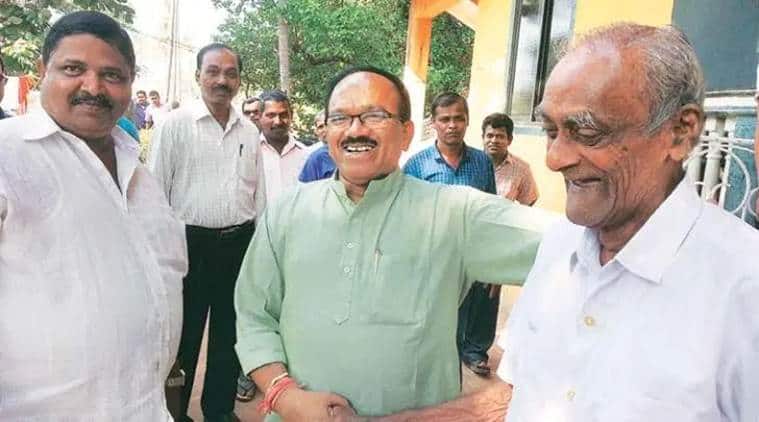 The Goa Lokayukta on Tuesday indicted former chief minister Laxmikant Parsekar and two officers for renewing 88 mining leases in the state, and recommended a CBI probe against the three.

In his order, Lokayukta Justice P K Misra has also asked the two officers — then Mines Secretary P K Sain and then Director of Mines Prasanna Acharya — to resign from their official posts.

The Supreme Court had earlier banned all 88 mining leases, taking note of the scale of renewals.

The Lokayukta order follows a petition filed by NGO Goa Foundation, and the three indicted are now liable to be prosecuted under the provisions of the Prevention of Corruption Act.

In his order, Justice Misra said the three “have abused their official position, thereby causing loss to the entire state of Goa and benefitting only a few mining lease holders.”

“The peculiar circumstances under which there was en masse renewal of the mining leases in a great hurry within a span of about one week is a grave incriminating circumstance against the three respondents which is required to be explained by the respondents concerned,” the order read.

In his order, Justice Misra was also very critical of the police action against the three, calling it an “unfortunate tendency” that certain bodies “protect the privileged and the powerful and the ACB (Anti-Corruption Bureau) of the Goa Government is no exception to such a disturbing phenomenon… In several cases, ACB has failed to even register an FIR when the allegations of bribery had been made against public servants and has been most slow and lackadaisical in its approach in investigating matters involving influential persons…”

India held back due to lack of maritime culture, says member...