Authorities in Democratic Republic of Congo have appealed for calm after an evangelical preacher died of Ebola in the eastern city of Goma, the first recorded case of the disease in the key urban hub in a nearly year-old epidemic. ADVERTISING... 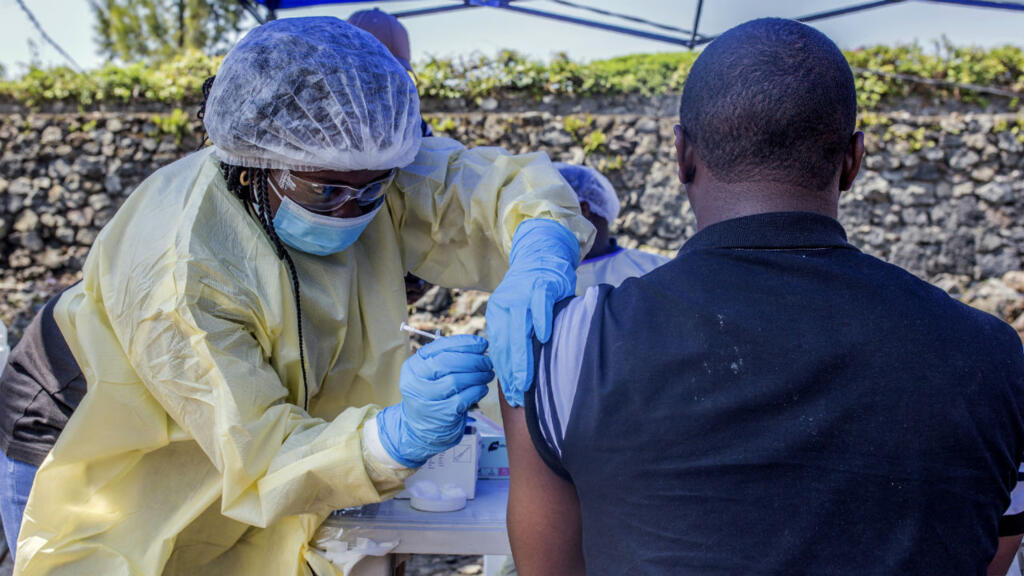 Authorities in Democratic Republic of Congo have appealed for calm after an evangelical preacher died of Ebola in the eastern city of Goma, the first recorded case of the disease in the key urban hub in a nearly year-old epidemic.

Goma, a border city with a population of one million, lies next to the Rwandan town of Gisenyi and has transport links to other parts of the DRC and beyond.

The UN's World Health Organization (WHO) described the case as a "potential game-changer" and said it would reconvene a key panel to see whether the outbreak required a heightened global response.

Rwanda, meanwhile, said it would step up border monitoring and urged its citizens to avoid "unnecessary" travel to the eastern DRC.

"The identification of a case of #Ebola in Goma, #DRC could potentially be a game-changer in the epidemic. I have therefore decided to reconvene the Emergency Committee as soon as possible to assess the threat of this development and advise me accordingly"- @DrTedros pic.twitter.com/ojvTXYnEvV

In a statement, North Kivu governor Carly Nzanzu Kasivita said the new case had been "detected at an early stage but also was isolated immediately, avoiding any further contamination."

But, he added, "I call on the population of the city of Goma and its outskirts to keep calm... (and) cooperate with response teams, by observing hygiene and prevention measures and notifying any suspected case of Ebola," he added.

According to the latest health ministry figures issued on Saturday, 1,655 people have died from the haemorrhagic virus since August 1 last year, when the disease broke out in North Kivu and spread to neighbouring Ituri.

But efforts to roll back Ebola have been hampered by insecurity in a region plagued by militia groups, who have attacked treatment centres.

Local hostility to health workers trying to trace and isolate people in contact with Ebola patients is another hurdle.

Two more Ebola workers were murdered in their homes in the North Kivu town of Beni, the ministry said.

The Goma patient was described as a pastor who had been on a trip to another town, Butembo, one of the towns hardest hit by the outbreak.

There, he preached at seven churches and regularly touched worshippers, "including the sick," the health ministry said Sunday.

On Friday he took a bus back to Goma from Butembo, along with 18 other passengers and the driver.

He went through several health checkpoints on the road "but did not seem to show signs of the disease. However, at each checkpoint, he wrote down different family names and forenames on the passenger list, which probably indicates a will to hide his identity and state of health," the ministry said.

When he arrived back in Goma on Sunday morning, he went to a clinic because he had started to become feverish, the ministry said.

"Given that the patient was quickly identified, as well as all the passengers on the bus from Butembo, the risk of the disease spreading in the city of Goma is low," it said.

The pastor was swiftly taken back to Butembo,  which is better prepared for handling Ebola cases than Goma, the authorities said.

The WHO said response teams had so far identified 60 people who had been in contact with the preacher, 30 of whom had now been vaccinated.

In Geneva, WHO chief Tedros Adhanom Ghebreyesus said he planned to reconvene the agency's emergency advisory board to assess whether the outbreak should be declared a "public health emergency of international concern" -- a move that ramps up international response.

"The identification of the case in Goma could potentially be a game-changer in this epidemic," Tedros warned.

The WHO panel has on three previous occasions held off making a formal emergency call for the DRC outbreak, citing the limited risk of large-scale international spread.

Doctors Without Borders (MSF), which has suspended operations in the Beni-Butembo area because of the violence there, said the Goma case "shows that the situation is still worrying and the epidemic is still not under control."

Experts fret when a contagious disease occurs in a city, where contact, mobility and anonymity make it far harder to contain an outbreak than in the countryside.

Goma is a border city located on the northern shore of Lake Kivu, adjacent to Rwanda.

It has a port that links to Bukavu and South Kivu and an airport with flights to Kinshasa, the Ugandan capital Entebbe and Addis Ababa, the capital of Ethiopia.

The driver of a motorbike taxi in Goma, who gave his name as Jean-Pierre, aged 30, said, "I hope the authorities do everything to trace these people -- Goma is a huge crossroads, leading to several destinations."

The latest epidemic is the second deadliest on record globally, after the outbreak that struck West Africa in 2014-2016, killing more than 11,300 people.

Ebola: How a disease is prevented from spreading

South Africa: Men and HIV - How Poverty, Violence and Inequality...

Lock Eben Etzebeth will captain South Africa in the first match of the Rugby Championship...

The mayor had returned from the UK to help rebuild his country after years of war.

Ritaj and Rital were born joined at the head. They're reunited with the doctors...

[Lesotho Times] The High Court will today hear a case in which ABC leader and Prime...

Cape Town — South African athlete Caster Semenya will not be able to defend her...

By Thin Lei WinRome — If India's water-short farmers were to adopt more efficient...

Youngster Edward Nketiah made it three goals in two matches on Saturday with a brace...

By Rushdie OudiaPoliticians are using church fundraisers to "buy popularity" among...