The past few years have been unsparing for African leaders who cling to power. In April, protesters in Sudan toppled President Omar al-Bashir’s 30-year rule, just after protests in Algeria brought down Abdelaziz Bouteflika, who had been president... 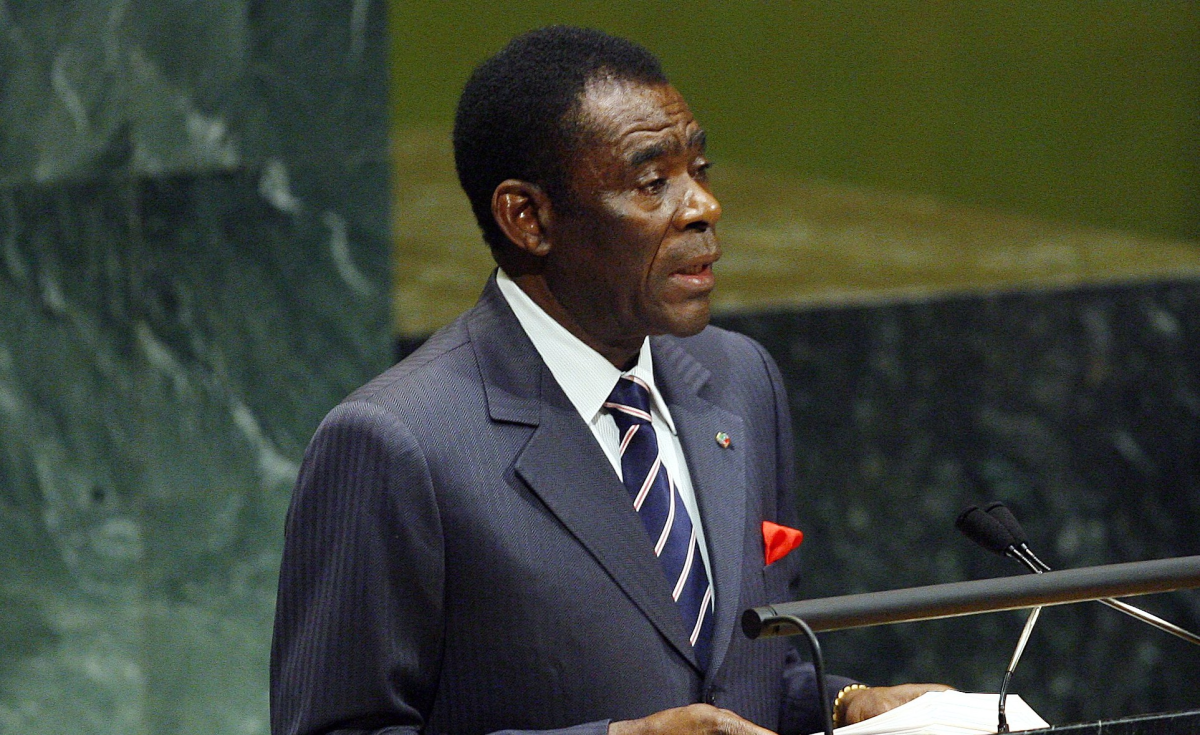 The past few years have been unsparing for African leaders who cling to power. In April, protesters in Sudan toppled President Omar al-Bashir’s 30-year rule, just after protests in Algeria brought down Abdelaziz Bouteflika, who had been president for two decades. These two historic events are the latest in a groundswell of people rising up against entrenched leadership across the continent, from the Gambia to Angola, Zimbabwe, and the Democratic Republic of Congo.

His four decades in power should not be mistaken as a sign of peaceful stability or prosperity. Human Rights Watch and other independent groups have for years documented the Equatorial Guinean government’s relentless repression of civil society and political opposition groups, and the staggering corruption that has siphoned off the country’s oil wealth.

Twelve years after he seized power from his uncle in a coup, Obiang allowed a 1991 constitutional amendment that formally legalized political opposition groups. Twenty-eight years later, they face constant state harassment and hold only one seat in the 170-member bicameral parliament. In just the past year, authorities arrested dozens of people suspected to be associated with political opposition groups, and held many for months in prison. For example, Joaquin Elo Ayeto has been in an overcrowded prison cell since February, apparently for making comments critical of government spending.

The government also frequently attempts to silence non-political critics. This month, the Ministry of Interior ordered the suspension of the country’s leading organization promoting human rights and good governance, the Center for Development Studies and Initiatives (CEID), following multiple attacks against one of its leaders. In 2017, authorities imprisoned an artist who draws cartoons lampooning the president for nearly six months, while a teacher sat in prison for seven months without charge after a voicemail he sent to a friend lambasting government corruption was posted online.

Obiang’s intolerance for dissent has also enabled him, his family members, and other associates to evade accountability for abusing their positions of power to amass enormous personal fortunes, even in the face of numerous international investigations.

The discovery of oil off Equatorial Guinea’s coast in the 1990s transformed the country from one of the poorest in Africa to the one with the highest per capita income—at least on paper. But this economic leap has not translated into commensurate gains in health, education, or other improvements on human rights for the Equatorial Guinean people. The country has among the world’s worst vaccination rates and, according to UNESCO. In 2015, more than half of school-aged children were out of school—the fourth highest rate in the world, behind only South Sudan, Liberia, and Eritrea. Around half of its population lack access to safe water.

In contrast, the political elite lead lives of eye-popping luxury. Recently, a Swiss anti-money laundering case turned up two yachts allegedly owned by the Equatorial Guinean government but used as pleasure boats by the president’s eldest son, Teodorin Obiang. Together, they are worth $250 million—more than the combined spending on health and education in 2011, the most recent year for which we have data.

Teodorin’s penchant for high spending has drawn scrutiny by international investigators, and in 2017 a French court convicted him in absentia of stealing more than 100 million Euros from the public treasury and spending it on a mansion, fleet of sports cars, and other luxury goods in France. But he is not one bad apple. The rot of corruption is at the core of Equatorial Guinea’s government and economy.

The government frequently showcases gleaming government buildings and six-lane highways to demonstrate economic development, though many of these projects have little social value and allow the political elite to reap millions from public contracts. As international investigations have shown, the president and other senior officials have stakes in businesses that wildly benefit from these contracts.

That self-dealing leaves little for social programs. According to the International Monetary fund, in 2011, Equatorial Guinea spent around 5 percent of its budget on education and health, compared to an average of 14 percent for countries with similar GDPs.

Speaking out against the corruption and mismanagement can land the average person in jail. Teodorin, however, seems to be rewarded for his misdeeds.  Just after the French court ruled the case against him can go to trial, he was promoted to vice president.

Over forty years, Obiang has held power by silencing dissent, enabling him to keep the benefits of the nation’s oil wealth for his inner circle. With one son and possible successor as vice president and another son as minister of mines, one is left wondering: when is the change that’s sweeping across Africa going to come for Equatorial Guinea?

Sarah Saadoun is a researcher in the Business and Human Rights Program at Human Rights Watch. Her profile can be found here.

SABC apologises for no live broadcast of PSL games

Senegal, Algeria set for rematch in Africa Cup of Nations...

Sadio Mane’s Senegal and an Algeria side captained by Riyad Mahrez will attempt...

Kiambu Governor Waititu surrendered to the Ethics and Anti-Corruption Commission...

By Jayne AugoyePopular Nigerian singer, Timi Dakolo, and his wife, Busola, have...

When computer technology made electronic communication possible, the "new media"...