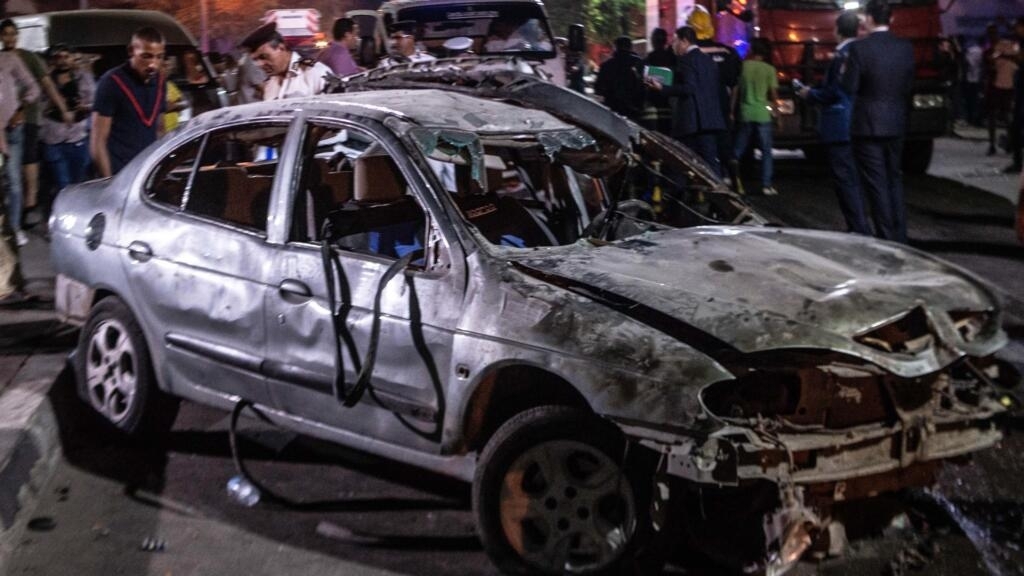 Egyptian security forces killed 17 "terrorists" on Thursday during an operation against suspects in last weekend's deadly car blast in Cairo that claimed some 20 lives.

The interior ministry said the 17 killed belonged to the Hasm group, an armed affiliate of the banned Muslim Brotherhood.

Egypt's President Abdel Fattah al-Sissi has called the collision between several vehicles in Cairo a "terrorist act" as one of the cars was loaded with explosives.

The collision happened just before midnight Sunday, when a speeding car packed with explosives drove against the traffic and crashed into three other vehicles outside the National Cancer Institute in the Egyptian capital.

According to the health ministry, at least 20 people were killed in the collision.

The Hasm group was "behind the preparations of the vehicle" that caused the explosion, the interior ministry said in a statement.

It added that it had identified the suicide driver of the vehicle as a member of Hasm.

Security forces were able to "locate members of a Hasm cell" and killed 17 of them, including the brother of the suicide car bomber, during operations in Cairo and in Faiyum, south of the capital, the ministry said.

It was not immediately clear if the Hasm cell and the 17 people were directly involved in Sunday's deadly collision.

Since 2016 the Hasm group has claimed responsibility for several attacks against police, officials and judges in Cairo.

South Africa's former president denies he oversaw a web of corruption during his...

A long-term peace pledge has been signed by Mozambique's president and the leader...

Cape Town — Officials in the DR Congo have confirmed that a pastor diagnosed with...

Mogadishu mayor Abdirahman Omar Osman has died in a Qatari clinic, a week after...

Africa: Entrepreneur Strives to Use Tech to Drive Social...

Africa: Old Mutual's Peter Moyo Wins First Round, But What...