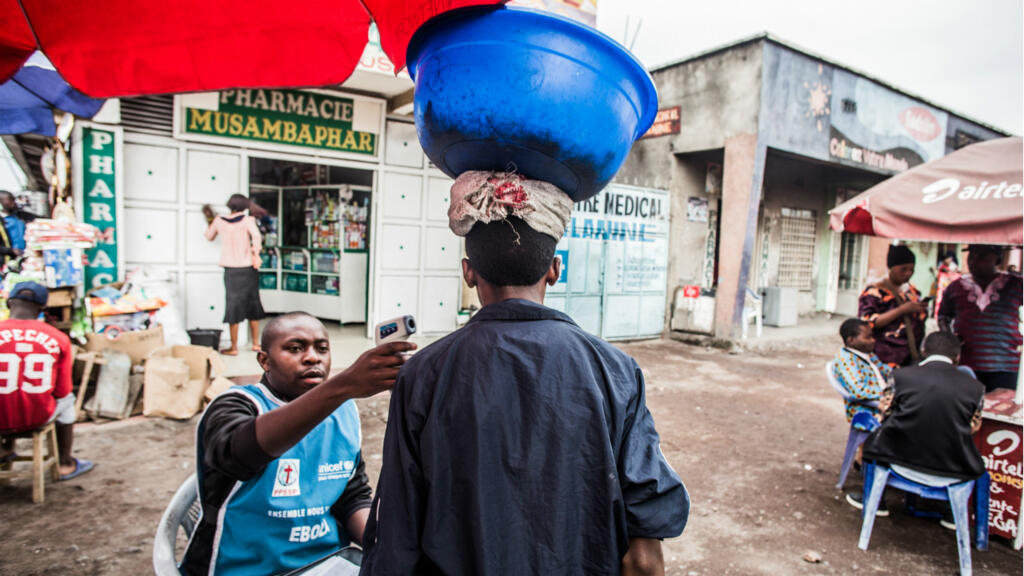 An Ebola epidemic in eastern DR Congo sharply widened Wednesday, the eve of the first anniversary of the outbreak, with one death and another diagnosis reported and the quarantining of 15 people in a previously unaffected province.

A total of 1,803 lives have been lost in the second worst outbreak of Ebola on record, according to figures released Wednesday.

The Democratic Republic of Congo’s pointman on the crisis, Jean-Jacques Muyembe, said a second person had died of Ebola in Goma, a densely-populated city on the border with Rwanda that has transport links to many parts of East Africa.

“A patient who was confirmed with Ebola in Goma has died. Every measure has been taken to block the chain of transmission,” Muyembe told AFP.

Later on Wednesday Aruna Abedi, the chief Ebola coordinator in the North Kivu province which has borne the brunt of the outbreak since it began on August 1 last year said a third person had tested positive for the disease.

Abedi said that vaccination had started at the affected health centre.

Over 5000 #HealthWorkers have been vaccinated against #Ebola in Goma, #DRC. Health centres have been provided with training and equipment to improve infection prevention and control. Screenings at border crossings have been reinforced & 24h monitoring implemented at the airport. pic.twitter.com/jlkEWSo44W

An Ebola response official said the third confirmed case was the one-year-old daughter of the second Goma patient, a father of 10 who had died at the same centre earlier in the week.

“The girl had already been showing signs of the disease,” the official told AFP on condition of anonymity.

North Kivu’s capital Goma is a lakeside city of more than two million people that has an airport with flights to the capital Kinshasa, Uganda’s Entebbe and Addis Ababa, the capital of Ethiopia, as well as a port that links to Bukavu and South Kivu province.

Abedi earlier said the second fatality had arrived at a treatment centre “11 days after falling ill”.

“His was really a hopeless case, because the illness was already at an advanced stage and he died overnight Tuesday.”

Abedi urged the public to respond swiftly to symptoms of Ebola and “not hide suspect cases”.

“The treatment centre is not a dying room you have to bring the patient in early,” he said.

The first death in Goma, reported on July 16, sparked a wave of concern.

In that case, a man described as an evangelical preacher had travelled from Goma to Butembo, one of the towns hardest hit by the outbreak.

While there, he preached at seven churches and regularly touched worshippers, including the sick, before returning to Goma.

The day after his death was announced, the UN’s World Health Organization (WHO) declared the epidemic a “public health emergency of international concern” a move designed to step up the global response.

She’s using her immunity to care for Christ-Vie, 7-months, inside a @UNICEFDRC nursery for children affected by Ebola in North Kivu, Democratic Republic of Congo. pic.twitter.com/O6x6Vy8LeT

Many people in Goma voiced frustration and despair.

“I’m now afraid that this disease will reach us. We used to hear about it from a distance and now the virus is in our town,” said 27-year-old worker Anuarite Sifa.

Joseph Bakisula, 32, said: “This new death proves that Ebola was already in Goma. May God help us, otherwise it will be catastrophic for us and other towns” connected to Goma.

“The authorities have to take other steps to protect us.”

Meanwhile, in neighbouring South Kivu province, which had previously skirted the epidemic, a senior official in Birava said 15 people had been quarantined.

They comprised “a mum and her six children who came from Goma as well as other members of her family who had come to meet them,” said the official, Christian Birhinjira.

Fears have mounted that the highly contagious virus will cross the DRC’s porous borders.

“Our livestock farmers sell their cattle in DR Congo. Rebel groups and poachers go back and forth across the border. The risks are high.”

One key challenge will be protecting doctors and nurses trying to contain the virus.

Attacks on health workers have had a devastating effect, with seven murdered and more than 50 seriously hurt, according to an unofficial tally.

The epidemic in DR Congo is the second deadliest on record after more than 11,000 people were killed in Guinea, Sierra Leone and Liberia between 2014-2016.

Kenya: Government to Give Joyce Laboso a State Funeral

Hundreds of thousands of teachers across the country spent the weekend in panic...

Trekking 10,000km across Africa for a football match

A Zimbabwean football fan travels from Cape Town to Cairo by road and finds "Africa...

Cape Town — You can catch the faces of South African actors in the hot new remake...

Russian boxer Maxim Dadashev has died from brain injuries sustained in a fight in...

Rwanda: Ebola in Goma is a Potential 'Game-Changer'

A first case of Ebola arriving in Goma, Congo's eastern border hub, amounts to a...