Date created : 28/07/2019 - 09:41 Boko Haram gunmen on Saturday killed 23 mourners in Borno state in Nigeria's restive northeast after they attended a funeral, local militia and residents said. ADVERTISING Read more At around 1030 GMT, the... 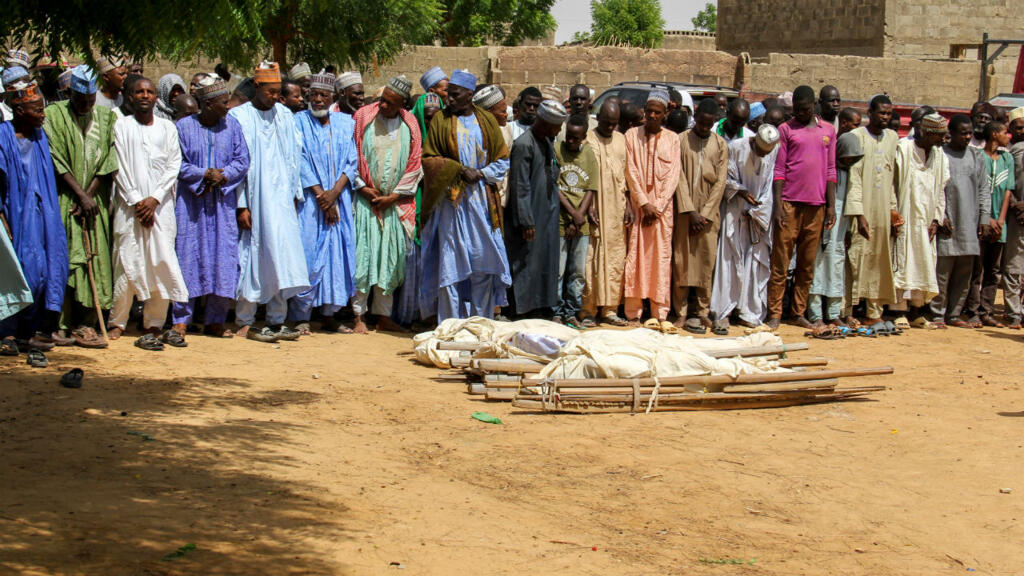 At around 1030 GMT, the attackers on three motorbikes opened fire on a group of men as they walked back from a funeral in Nganzai district near the state capital Maiduguri, local militia leader Bunu Bukar Mustapha said.

"Our men recovered 23 dead bodies from the scene of the attack, which happened this morning," Mustapha told AFP.

The men were returning to Badu Kuluwu from nearby Goni Abachari village where they had attended funeral prayers for a relative, Mustapha said.

A Nganzai district official confirmed both the incident and death toll.

"I received calls from Nganzai that Boko Haram killed 23 people near Badu Kuluwu this morning," said the official, who asked not to be identified for his own safety.

Local hunters and militia recovered the bodies after survivors returned to the village and alerted them, Nganzai resident Saleh Masida said.

In September last year, the group killed eight people and stole livestock in two villages in the area after residents tried to stop them from taking their animals.

Boko Haram and its IS-supported ISWAP splinter have intensified attacks on civilian and military targets in recent months.

Late Thursday, Boko Haram fighters attacked a camp for displaced people outside Maiduguri, killing two residents and looting food supplies after burning a nearby military base.

The decade-long jihadist conflict has spilled over into neighbouring Chad, Niger and Cameroon, claiming around 27,000 lives and forcing more than two million people to flee their homes.

Fresh protests in Sudan over investigation into June crackdown

They killed two women from Denmark and Norway, found beheaded in the Atlas mountains...

Congo-Kinshasa: Why Gender Matters in Responding to Diseases...

analysis By Julia SmithDespite over a year of containment efforts, the World Health...

BBC health and science correspondent James Gallagher answers your questions on the...

Tiger Woods and Rory McIlroy will headline a skins game event on October 21 in Japan,...

The National Bureau of Statistics on Monday said the Consumer Price Index (CPI)...

Tanzania: Scramble for Free Fuel Ends in Tragedy As 60...

Sixty people died while 70 were seriously injured in Morogoro town, Tanzania, on...

The mayor had returned from the UK to help rebuild his country after years of war.