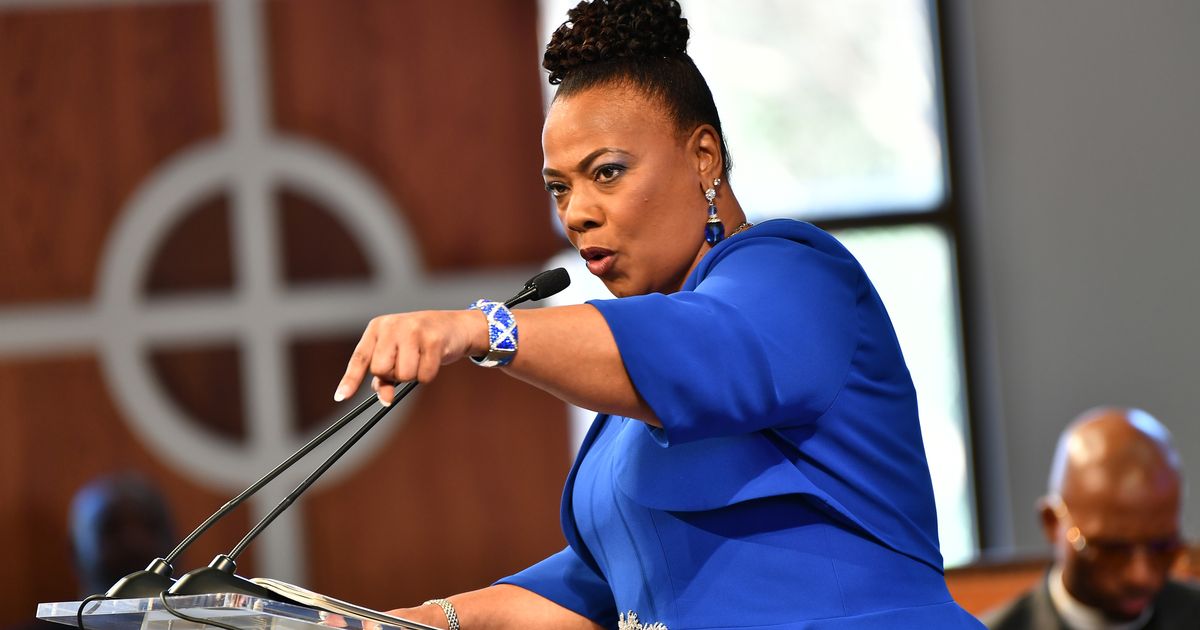 On the holiday honoring her father's legacy, Bernice King reminded Twitter users that the fight for equality doesn't just happen once a year.

"Honoring you today and every day," she captioned a photo of her family, more than 50 years after the civil rights leader's death. Martin Luther King Jr. was assassinated four years after segregation was banned under the Civil Rights Act of 1964.

His daughter is carrying on the legacy.

On Jan. 16, she also implored people to stop quoting her father while still supporting the systemic oppression he spent his life fighting. The reverend may be known for his historic "I Have A Dream" speech, but he still protested, broke laws, and was persecuted for his radical activism. Those aspects of his life have been whitewashed and diluted in favor of feel-good quotes about equality.

Twitter users expressed similar thoughts — honoring MLK's life extends beyond reposting his gentler quotes, and requires remembering his radical action, too.  And not just on the holiday named after him.

If MLK were alive today saying the exact same words he'd be portrayed a radical hatemonger who plays the race card and engages in divisive identity politics. We have sanitized his image but his message is more resonant today than ever and makes the right people uncomfortable.

The idea of MLK as a banal "unity" and "non-violent" figure is such insidious revisionism. You only need to spend an hour or so reading what he actually said to understand how radical he was and why the same type of people who have co-opted him after death, hated him during life. https://t.co/btkijS6xWb

He was an agitator and a radical for justice, not just a pacifist.

Remember all of MLK, not just the textbook version

MLK is not your fuzzy teddy bear. He was a radical activist who shook the walls of the national consensus for overnight change and they killed him for it. Never forget. #MLKDay

Listening to Dr. Martin Luther King Jr.’s “Beyond Vietnam” & “Mountaintop” speeches, remembering how at once radically anti-racist, anti-imperialist & anticapitalist MLK was. We need those truths, that energy now so badly. Let us teach & learn & live those radical truths... ✊

Here's the story behind that viral backflip that's making...

In the internet era, public libraries more vital than ever

Stay in control with this powerful handheld vacuum

Relax. Self-driving cars are smart enough to see past some...

The 1 thing Democrats and Republicans agree on: Social...