Algerians take to the streets once more, pledging civil disobedience 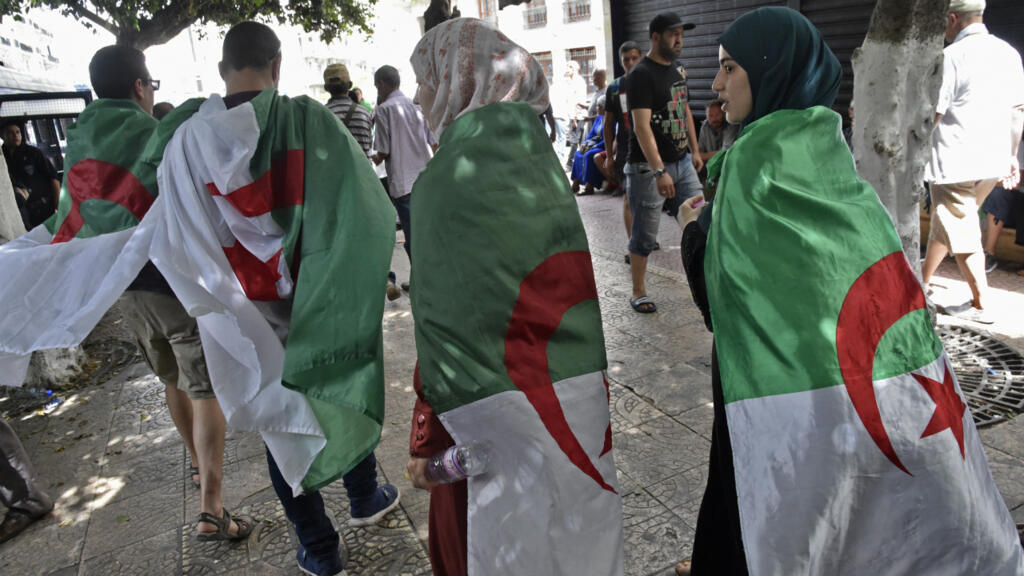 Algerians descended on the capital in huge numbers Friday and called for "civil disobedience" for the first time in their months-long anti-regime campaign, despite a heavy police presence.

"Civil disobedience is coming!" protesters shouted, as they marched calmly through the centre of Algiers.

Mass demonstrations began in February against the two-decade rule of ailing president Abdelaziz Bouteflika, who was forced to step down in April.

Protesters have continued to take to the streets, calling for the fall of other regime insiders, including army chief Ahmed Gaid Salah and Bouteflika's interim replacement Abdelkader Bensalah.

Large numbers of police vehicles lined both sides of key roads in the city centre, hindering movement, while they also blocked access via secondary roads.

Thousands of officers -- some in uniform, including riot gear; others in plain clothes -- were deployed and a dozen people arrested in the morning, before being taken away in police vans.

The deadlock between the authorities and the protest movement has tightened since de facto strongman Gaid Salah on Tuesday "categorically" rejected pre-conditions to launching talks.

The protest movement has been calling for key measures to be taken before any dialogue, including lifting police roadblocks around Algiers and ending other efforts to impede marches.

Protesters are also demanding the release of people arrested in connection to demonstrations as a prerequisite to talks.

A trader on Friday appeared perplexed by the authorities' refusal to cede ground.

"Why has Gaid refused measures to calm things down?" asked 67-year-old Hocine Slimani.

"Why leave young protesters in prison? How is it possible to talk in these conditions?"

[New Zimbabwe] The attack on Foreign Affairs Minister Sibusiso Moyo by a group of...

South Africa: Little Is Left of the Feminist Agenda That...

Twenty five years ago, on the eve of democratic transition, South African women...

Photo: Roy Symons/GroundUp The Somkhele coal mine on the border of the Hlhulhuwe-iMfolozi...

By Collins MwaiPresident Paul Kagame has made changes to Rwanda Diplomatic corps,...

Under This Video i am Going To Tell You The Easiest Way To Earn Online at Home ,...

JS Ondara: The Kenyan rising star singing about life in...

By Ebuka OnyejiNigeria's tax system is fraught with crippling challenges of weak...